Sorry we’ve been out of touch.

LIBAG apologizes for not posting as much as we probably should have. But hopefully, you have been as busy as we have.

LIBAG wants to thank everyone who attended the Gilgo Beach and Gilgo State Park Clean up on May 2nd. The weather and waves cooperated, and we had a decent turnout. If you were one of us, Thanks again! If you weren't, hopefully we catch up with you next time. 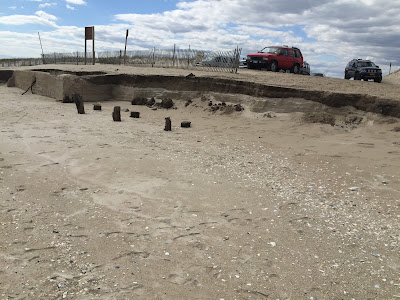 LIBAG successfully coordinated with The NYS Parks , and the Town of Babylon to open the fence on western side of Gilgo State Park. Remember, you need a town of Babylon Surfing pass to enter this area.

While we have had several small clean-ups this summer…The next big one is  NYS/ American Littoral Society event on September 19th at Gilgo Beach and Gilgo State Park 4x4. Put in on your calendar.

LIBAG is still working, and meeting regularly with the New York State Office of Parks, Recreation and Historic Preservation.

The ESA was finally able to have a surf contest on State Park Beaches.

LIBAG also attended the “Protect Ocean Recreation Workshops” in Long Beach and Montauk. These meetings were to put all the data collected from the “Mid Atlantic Recreational Activities Survey” in context. We would like to thank Matt Gove for this initiative.

Both Demo, and the full length of Gilgo are back open. So lets be responsible beach users everyday. Do the things that make sense; like bringing a garbage bag and carrying out your litter and any litter you found in your area. Air down your vehicle if you're on the 4x4 beaches and bring along a good quality air inflator/compressor to air up before you hit the highway.
Do not bring your pets to the beach. Harassment of an endangered species [Piping Plover] is a Federal Law, not some Park rule. If you are caught, your permit will be pulled!

And we were reminded that it is a surfing 4x4 permit, so each occupant of the vehicle should have a flotation device of sort, so bring along additional boards or boogie boards.... just in case.

LIBAG believes we should always be good citizens, on our best behavior. A little bit goes a long way. And it sets a good example for others.